Stop Iran from having the Bomb 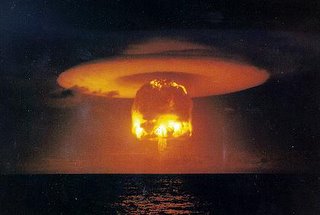 In the recent months, there is a growing threat of Iran's nuclear aresenal. Iran is in the verge of making enriched uranium and in the current rate might produce fissible Plutonium and then nuclear weapons in the next few years. This is a very scary situation that can't be ignored. Imagine an Al-Queda terrorist with a pound of plutonium weapon, near Empire state building, near Rashtrapati Bhavan (Indian president's residence), near Westminister Abbey or near any major destination, threatening to blow up unless some extrordinary demands are satisfied.

Even with ordinary guns and thermal bombs, the terrorists are able to shake the human civilization with human bombs, what if they had a million times more powerful bomb!!!! Even more scarier thing is, once nations reach the expertise of producing nuclear bombs, its impossible to stop them from building further weapons.... 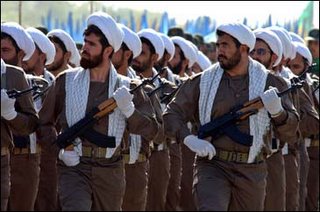 Iran is a big nation in Middle-east with a very great history and is a bed of civilization for thousands of years. However, in the last years since the 'Mullah Revolution' in 1979, Iran drifted into a path of extremist islamization and an utter hatred for the west. The current president of Iran carries this even further (he is alleged to be a former kidnapper during the revolution era) and threatens to wipe out Israel and all Jews and wants to end the Western prosperity. This is very scary and probably even more worse, because he is a head of a major state (unlike Osama bin Laden who 'offcially' doesnt have a state) and having access to hundreds of fighter planes, bombs, guns. If this situation is not deadly, add the ambition for nuclear weapons. 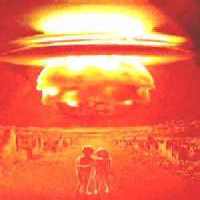 It is a sure recipe for disaster and soon they could threten any infidel (includes all non-muslims and sane muslims). For example, Islamic terrorists could threaten to put nuclear bombs in New Delhi, unless Kashmir is separated. Can India face such a deadly situation?

The world has enough problems. Let us not end the human race by giving Iran, a nuclear bomb.

India's crazy assocition with the 'Leftists' 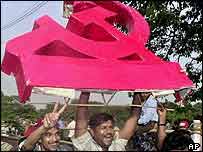 The leftists (communists and socialists) are threatening to derail the government once again and making the Government of India, an hostage to their whims. It is totally scary!! India has only two small states who still believe in the prinicples of communism. This wrecked their economy and despite possessing an impressive set of advantages, these two states have lagged behind other states due to persistant threat of strikes and violent boycotts. However, India's fate is being guided by these two states (West Bengal and Kerala), just because the ruling government has a razor-thin majority at the Parliament and needs the scrappy support of the leftists. This remains as a source of very big drag and India is unable to join the process of modern civilization. The latest event being the huge hue and cry raised on airport modernization. Can you believe it? There are souls in India who oppose modernizing the airports, which are at its nadir and source of much riddicule abroad. 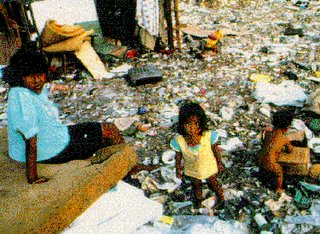 It could be recalled that, it is pricesely the principles of socialism that is responsible for the shabby state of Indian society. At the time of independence, Indian economy looked far better than any other economy in the developing world. The British legacy of extensive rail and roal networks, planned cities, big foreign exchange from tea and cotton exports, huge agro industries and english language stood as a very big advantage for India over its competitors like korea, China and Japan. South-east Asia and East Asia was in shambles, then. Besides, India had a stable political system inherited from Gandhiji & Patel's Congress Party. However, all the advantages were let down in the drain due to the predominant socialistic attitude of its rulers starting from Pandit Nehru. From the position of being a leading economy of the developing world in 1947, India slid into bankruptcy in 1991, inspite of the Green revolution and industrial projects. It took the great brilliance of Narashima Rao & Manmohan Singh to bring India to a state of great respect, by diluting the socialistic principles. 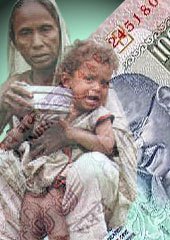 However, the current government took its mandate as bringing back many of the socialistic principles, unmindful of its terrible legacy in India and elsewhere. No doubt, India still remains as one of the poorest nations (in terms of Per-capita income, UN's Human-development Index and host of other factors suggested by World Bank, IMF and WHO). The progress brought by its techno-savvy neo-capitalists can be nulled, if the Government drags its foot on social issues. In no way, India is near China. All the reports about India's greatness are based on projections assuming that India taps its potential. However, if it refuses to do so, world will cease its comparisons with China and US and India will go back to its shabby legacy of being associated with trouble-ridden sub-saharan Africa and Latin America.

India is now in cross-roads. Continue the modernization process and stay in company with the civilized world or embark the failed principle of socialism and remain with the rotten under-developed nations. The verdict now is in the hands of India people - do we still need the communist parties?

The Glorious days of America 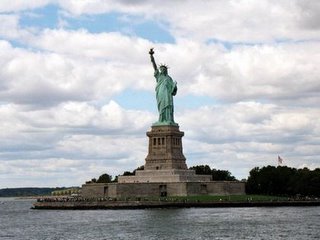 When one reads through novels like Kane & Abel (by Jeffrey Archer) he can stop feeling the greatness of America during the early 20th Century. I dont think any nation in the history of the world managed to grow so fast into an undomitable country that can influence the world's economy, science, arts, politics and culture. America's stunning glory can be traced to the period of late 19th Century to early 20th Century, when legendary humans populated this new nation. It's stunning to see how much they changed our lifestyles.

Edison and others gave the wonderful gift of electricity, lighting and of course motion pictures. Without it, our nights would have submerged into darkness and our past-times would have been so different. Hollywood, Television and later Cable TV & Dish Antennas and Soap Operas brought a stunning revolution to how people spend their leisure times. Walt Disney and others introduced the concept of theme parks and of course, the famous cartoons. 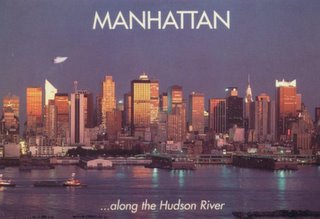 Henry Ford and others dramatically popularized what is to become a lousy vehicle for the filthy rich. The concept of automobiles have unimaginably changed the way in which humans move about and brought many countrysides to be closely knit with the nearby urban centers. This brought a great impetus for the economy and enabled people to have comfortable living at suburbs while having being a part of the bustling city. Wright Brothers carried this further and made the world into a truly global village by enabling us to FLY. John D. Rockefeller (founder of Standard Oil, at one time the biggest company in the world) and others dramatized the world with copious supplies of oil enabling us to enjoy the powers of energy!!!

How can one forget Graham Bell, the father of modern communication. He enabled the magic thing of carrying speech across the globe in split-second timings and I could have long chats with my mom & dad, sitting 12,000 miles across the world. The company AT & T (again the biggest company at one point) would change the world of communication and computing (remember the great computer language 'C', the legendary UNIX and host of ther systems came from its Bell Labs). Later combined with Internet, America surely stunned the world with the greatest revolution.

How much do we know about Charles Schwab & Andrew Carnegie? The American giant was fed by these remarkable men from their Steel factories. Without their revolutions in steel industry there would not have been many building in the today's world. 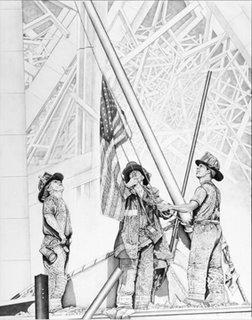 Coca-Cola and Pepsi-Cola invented in the late 19th century became the great symbols of youth and passion and the passion for them is the only thing constant about any place on earth. Rupert Murdoch & Washington Post & Newyork Times, Time Magaize & CNN defined the standards for modern news outlets.

Its hard to imagine that without America we would not have had Airplanes, Movies & Themeparks, telephones & Internet, Television & Cable TV, Light Bulb, Electricity, Credit Cards, Cok & Pepsi.... and we would not have used Automobiles, Petroleum ... Truly this nation is the greatest nation in the History of the World & we shall honor the great humans of this great period of 1870-1930, whose uncomparable grit and guts brought us to a world we are in. 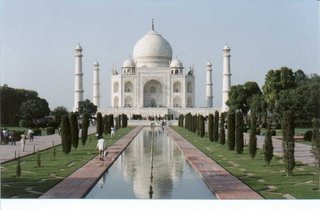 For sometime in the recent past, I've been trying to invest some money in the stock markets and Iam now greatly stunned by the upward movement of stocks in India. I still remember it seeing around 2000-3000 in 1999 and a 3-4 fold improvement in the last 7 years is astounding. India is experiencing a period of great economic revolution. The consumer confidence is very high, there is optimism all around, and the world is trying to flirt with this new girl. No wonder, the market reflect this boom.

I always believe that India has a great future. Indians on an average are not lesser in intelligence to any other race, but still Indian per-capita income is around $500/year about 50 times (!!!) less than those of the developed countries. When economies were controlled just by material power, this was understandable. But, now the world is moving towards a Brainy stage, where people's intelligence is the premium. Thus, we have the chance to take our per-capita income by atleast 50 times, provided we finish our basic socio-economic lessons first. If the per-capita income grows by 50 times to $25000+(not an unreasonable thing when u look at it person-to-person incomes) we could have an unbelievably sized Indian economy of around $25trillion(60% of world GDP in 2006 prices!!!). No economist could dream of such a big figure, but it is not impossible given the fact that it is very easy for a person of normal intelligence to earn $25000/year in Europe or America and there are always the rich moguls. Moreover, the cascading effect of such an economic revolution along with the fact that India is tropical country with strong historical heritage could change the whole world. It is definitely not impossible!!!

But, before imagining about the spectacular future, we need to set right the basic elements... 400 million illiterates have to be educated, 370 million people have to be lifted from chronic poverty and hunger. 500 million people need to be given basic necessities of water, power and sanitation. Our 1000+ monuments of historic heritage (most of them over 1000 years old) have to be rescued and restored. Our agriculture has to be lifted from the current average productivity of less than a tonne/hectare for food grains. 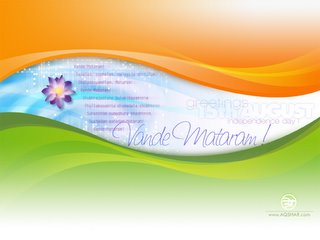 Thus, we are under-utilizing our potential and utilizing our remaining potential could take just a matter of years if we could significantly dent in the illiterate and poor sections of the society. By just making a person to read and write a language, each one of us could help in removing 400 million illiterates and we could almost double our GDP, because education often increases opportunities and incomes by atleast a factor of 2. Simple things could do wonders for our country and world economy.

WE have done more complex things, like producing a supercomputer, geo-stationary satellites, thermonuclear bombs and high-tech machines. Now, itz our turn to do simpler things like making people read and write, have minimum food and water and this could stun the whole world!!!