I'm against the whole concept of reservation

While listening to some of my friends on reservation, I got the opinion that many of them are against only the percentage or its implementation, but very few question its own principle. We have been so schooled that we are made to think that "Reservation is indispensible". I see that many of my friends find it so hard to rethink the whole concept.

Some of them argue that there must be reservation atleast based on economic levels, sex or physical ability. Even I was tempted by this seemingly convincing argument. After all, I'm highly sentimental and particularly I'm very sympathetic towards physcially diabled people. So, should I make an exception?? After, thinking logically, I feel the answer is NO. There should not be any reservation of any kind. Why? 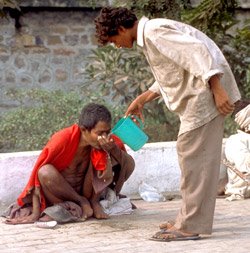 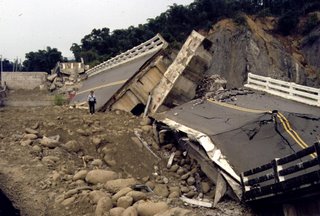 But, worse, what if that guy designs a bridge? Since, he never came by meritorious means there is a high probability that his designs will be sub-standard. Thus, there is a greater chance for its collapse and if it collapses what happens? We 'uplifted' one guy and pushed down a whole group of people in the form of accidents and death. For his upliftment, the entire society gets punished!!! This is not an hypothetical story... It happens in everyday INDIA.

Whatever be the case, his admission is a lose-lose situation for everyone.

If s/he were a doctor, s/he could put so many life's in danger through improper medication and inability to stop diseases. If s/he is a teacher s/he could put the career of so many students in peril. If s/he is a researcher, nation's R&D gets impaired.... Now can you begin to see why we have so many problems around us. 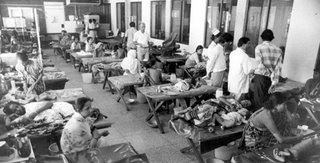 Now, ironically the backward sections of the society are more in danger, because of their lack of choices. The economically forward people have a choice of good doctors, good teachers and sometimes even good road (like the Mumbai-Pune expressway). Or they can even leave the country. But, the poor and downtrodden have to deal with all these sub-standard doctors, engineers, teachers, administrators and their lives are doomed.

Thus, reservation is one of the cause for India's rural in-development. If people really care about the poor, downtrodden and the illiterate, we should work really hard to remove the whole concept of reservation.

Hi Balaji, I fully agree with your views. Even I think that there should be 0% reservation for any group, whatever be the circumstances. Complacency and a loss of self-respect are the immediate results of reservation. 1 thing to be observed that reservation is practiced nowhere else in the world.

I probably don't know enough to comment on this issue without further information. Are you saying that the government requires that certain people get certain jobs based only on social class? Is it similar to Affirmative Action in America? Are people placed in jobs, or do they have to be educated well enough to be able to perform the job? Do the poorest and lowest classes have access to the same education as those of higher class and wealth? Is there a means by which a person of the lowest class and status can better himself and improve his station in life, or is his fate bound by caste?

I'm not being critical, I'm just trying to get educated.

Hey Chip,
In India there is a concept called reservation, which tries to allocate a minimum number of quota for each of the under-represented communities and thus, it is a kind of harder form of Affirmative action.

Though its inspiration is laudatory, like Communism its intent and implementation are stupid. Thus, we have almost 70% of seats in big institutions reserved for the backward communities and this is a whole waste of resources.

So far, India's elite insitutions were spared of such stringent requirements (thaz why u hear most of IIMs and IITs alone instead of many other big institutions) and now the Indian govt. wants to poke nose in this also and we are revolting agains that, arguing that it will destroy whole of Indian educational wisdom.

This whole episode reminds me of our Genetic Algorithm course. If we keep doing cross-overs only between high fitness strings, the population will saturate at local maxima. Thats why we need low fitness strings too to participate in the cross-over. A random mutation might even produce a highly fit string. But the congress has a poor algorithm where you are sampling low fitness strings with a *high* probability. This will only lead to a bad gene pool and we will be stuck in the local minima we are in right now.

Hi ananth,
I agree about the involvement of low-fitness genes. But, there is a crucial difference. In most GA's we are looking at the best solution as the result.

In this process of society, we want the maximum number of genes having high fitness. Moreover, the genes have life on their own (you are not goin to be happy if the society says your destruction is for overall improvement). So, we need a more rigorous experiment to verify this.

I'm tempted to do this as a project. Do you want to join?

should be fun. mathematically prove that the reservation concept is screwed up ;-)

Hi friends , most of you ppl seem to say that ,reservation is a failed concept . But you guys probably don't know (or are deliberately undermining ) the harsh realities in the indian society.
Even today people are very skeptical about the caste of the person infront of him /her .overtly people will dissmiss this as a false coment but iTs
true.( read times matrimonials ).
I feel reservations are absolutely essential for the Backward class candidates SIMPLY BECAUSE THEY CAN'T AFFORD THE HEAVY PRIVATE TUTIONS FEES FOR COACHING TO GET INSIDE THE IIT'S/IIM'S.
It is also true that the Faculty of IIT's discriminates aganst the BC students.

@ anonymous
What proof do you have to make an assertion that IIT faculty discriminate BC students? Do you have some documented instance? We cant change national policies on few vague assumptions.

For those who believe that India has still not developed, know that the reason lies in reservation itself. Reservation is the cause of India's poor growth. Little known societies from South East Asia and Korea and Japan rose from ashes and became world beaters. Even China went ahead of us. While we kept on talking bullshit socialism, world went ahead of us.

When reservation was diluted by private entry in 1991, we r having stunning growth of 8%. If we had such a growth from 1947, India would have become a US, by now. If we bring reservation now in elite instituions and private institutions, we will get back to our shitty growth and people will keep writing that we need more and more reservation for this, and we'll be stuck in this vicious circle.

I'm closely following news/views/articles/comments on 'Mandal-II' since april 6th.
intially I was 'anti-reservation'..but after reading articles regarding other side of 'Mandal-II', My stand changed..and now I support Reservation in ALL the fields.Why?
(A)because, nearly 90% of the 'Open category Seats' at IIT/IIM/AIIMS/NID/NIFT/IIHM are offered to those who can afford-
(1) >Rs. 1,00,000 for coaching(in case of IIT/AIIMS/NIT/Top-10 Med colleges).
(2)>Rs.1,00,000/4,00,000[in case of IIM's]('Fact:nearly 70-75% seats at IIM's are offered to Engg. graduates'.Now of these 70-75% nearly 15-25% are grabbed by graduates from 7 IIT's & 15-25% by graduates from NIT's/Other Govt-funded Colleges,So Rs.1,00,000 for 30-50% and most of the rest 25-40% by graduates from Pvt. engg. colleges where most of the students pay ~Rs. 4,00,000 for their 4-year-Education).
(3)>Rs.2,00,000 (in case of NID/NIFT/IIHM,for those with high-profile-Convent-Education perform better when it comes to Aptitude test/GD-PI for 'Govt-funded Design/Fashion/Hotel management' Institutes).
.....So it means that even 'Open-Category' ppl have 'Reservation in between them' in place..it also means that most of the 75% 'open-category-seats' in famous govt-established institutes are repeatedly used by the 'Rich Open Category'(5% of the Indians) and the 'Poor Open Category'(10~16% of indians) gets only a miniscule of these Seats.[This is my Counter-argument to "Children of Quota-beneficiary Govt-officers will repeatedly grab most of the Reserved Seats" raised by our Anti-Reservation activists.......comeon ppl!!when this practice prevails even in 'Open-Category'.why deprive 'Non-open category' ppl from this...and if want to eradicate this evil from our society then all of First eradicate the evils of 'NRI/Management quota' which I'm going to discuss in my next point].

(B)Nearly 15-25% seats in most of the famous Private Engg/Med/Management institutes are Reserved for the applicants whose Parents can either offer 5-50 LAKHS as Donation/Capitation fee or use their 'Political connections'...most of times these students thoroughly 'Njoy!' their Time at college and then join the Big Engg-firm/Hospital/Business of their Parents/Relatives...Now tell me,Why you anti-reservation supporters don't challenge merit of these Engineers/Doctors/Managers?

(C)Although Financial/Intellectual/Cultural WEALTH/Success of a person depends upon his/her own efforts but most of us will agree that this success can not be achieved without using '[b]Resources[/b]' of his/her 'Country'.
.....Now,as per Govt-approved-Reports nearly 77-85% population of India comprises of 'OBC[52%]+SC[16.2%]+ST[8.2%][http://www.censusindia.net/t_00_005.html]. whereas Only 15-23% of Indians come under 'Open-Category'.
....so we the 15-23% of the Indians are using most of the Country's Resources and when the Majority(77-85%) of Indians are asking for their '[red]Proportionate-Share[/red]' in the Country's resources [b][including educational resources][/b] ..we are protesting/yelling..why ppl why? haven't we heard of "[green]Vasudhaiv Kutumbkam[/green]-all the world is but one" culture or are we chasing Jungle's Law-'Survival of fittest'?

Be Warned & allow 80% of the ppl to get 50% of the 'Resources'....otherwise they will no more tolerate us 20%-Kicking India at first opportunity-'Open-Category' ppl!!!

First of all, I would appreciate this article. But I would also request Balagi to give some practical solutions to the problem.

Secondly, I don’t agree with REBEL IITian. He complains that most of the seats of IIMs are acquired by IITians and NITians.So i ask "WHATS THE PROBLEM IN THAT."
We all say that the seats should be acquired by those who deserve them. So if these eng guys clear the exam then they deserve the seats. There is no point to reserve the seats. According to me, the solution is, our govt should provide funds to poor guys so that they can manage to get some good coaching. The seats should not be reserved. If we want to help SC, ST, OBC guys anyhow then we should help them financially.