The beauty of Computational Science 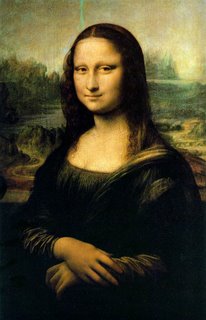 My main interest lies in Computational Science (after all, we dont call astronomy as telescopic science or chemistry as test-tube science, then why do we call the study of computation by the dry word called computer science. We are supposed to study computation and its scientific model and dont bother about the creation of the tool called computer). I'm a die-hard fan of it, ever since I had my first Computational science class in my 8th grade. I believe that one of the greatest human work after fire and wheel lies in the invention of this field. How could I make such a preposturous statement?

Computational Science fundamentally changed how we live, work and think. It brought a new world, a world that obeys more of Discrete Math than Physics. Once, we interface a physical world element into this Mathworld, we can do a whole lot of things. We can play with time, we can play with space and we can defy gravity and so many of the physical laws!!! We can test nuclear bombs, simulate flights, design machines.... everything in this Mathworld. Thus, humans have created a new world, in the process of creating Computational science. The process of moving from physcial world to Mathematical world is not well appreciated by most people. In fact, this non-realization itself is a success of Computational science.

I've heard so many people say that Computational Science need not be learnt by methodical means, and they could study by attending some non-regular courses, by offering institutes. They believe that learning C or Java or software engineering makes one, a computer scientist.

If you know to hold a brush and put colors, can you paint like Da Vinci? If you know alphabets from A to Z, can you write something like the Shakespheare's Julius Caeser? If you can clean a telescope, can you immediately become an astronomer like Galileo? Then, how can you become a Computational Scientist, just by learning a language or coding an application. Computational Scientist is a way of thought, a feeling and a way of life. It lies in the beauty of Math and philosophy. It lies in the beauty of a state transition. It is as beautiful as theoratical physics, as action-packed as organic chemistry and as elegant as Mathematics.

It is an absolute pity that students of Computational Science are not taught the beauty of this great field. Instead of dwelling in the beauty of its state, logic and information and various organization theories, people are just taught a whole bunch of languages, a lot of systems, and worst, some packages. They tarnish the whole image of computer science.

Bravo!!!!... U have proved it again.. Well.. what u say here is what real computer scientists will agree on.. In fact this reminds of an introductory lecture by Abel Sussman on the Structure and Interpretation of Computer Programs.. He begins by saying CS is not about computers just as physics is not about telescopes. CS is a science and as every science.. it too has unexplored areas... the beauty is in the mysteries which lie hidden deep in the math world...

But the irony is that We don't need a world full of Da Vincis, Boticellis, Einsteins, Turings et al.

And they, the Michalangelos, Euclids, Van Gohs, Fermats don't need us or our education.

We need software "labourers" to sustain day to day life on the planet. And an occasional genius, super genius to provide creative ideas.

So, on the whole, I guess we are doing fine. LOL